1. Reason to the existence of piezoelectricity?
The essential unit which is a rhomboid or cubic shaped cage made up of atoms exists in some atomic lattice structures. Inside the cell, the cage is responsible for holding single semi-mobile ion that has numerous quantum position states. By applying electric field or by distorting the cage (applied strain), the ions post state will consequently shift. The basis or transformation to internal electric field shifts from mechanical strain is provided by coupling between the cage and central ion.

2. How can poling and depoling in piezoceramic materials? Be explained?
The piezoceramics should undergo high electric field for a sometime for the alignment of randomly oriented micro-dipoles in their proper formulation since the chemical composition is not simply responsible for the piezoelectric property of ceramics. This is called “poling” due to alignment resulted from application of high voltage. a “dislodging stress” is exerted on the micro-dipoles due to the application of electric field in the opposite direction if tried. There is only temporary change in polarization if low level field are applied since it bounces back on removal. There is also partly degradation of the polarization along with partial loss of properties when medium fields are applied. Polarization in opposite direction will be resulted if high fields are applied.

3. Is there a possibility of using piezoceramic actuators at cryogenic temperatures?
The answer is yes. From down to zero degrees Kelvin, allpiezo actuators continue to function even though it may appear counter-intuitive. Since electric fields cannot be changed by temperature at all and the inter-atomic electric fields are the basis for the piezoelectric effect, the most common piezoceramics does decrease due to piezo coupling as temperature drops. Most importantly the motion of most materials drops to about one-seventh of that measured at room at liquid helium temperatures.

HANDLING & PREPARATION ANSWERS
1.What is the process of cutting up a sheetofpiezoceramic into desirable sizes?
A special diamond saw is used for cutting ceramic. By using a straight edge or a razor blade, small prototype parts can be cut from piezoceramic sheet stock for making controlled break and to score the piezo surface. This method yield repeated cuts or straight-sided parts even with practice. This is something once must choose himself.

2.What is the process of bonding piezoceramic to different structures?
In many applications, two parts epoxies and Cyanoacrylate have shown great help. To get better results one must explain his boding requirements to an expert or by contacting the manufacturer of these materials. The operations include:

3.Is there any truth to piezoceramic sheets being really fragile?
Care should be taken while handling Single sheet piezoceramic as they are very fragile. They will shatter if they are dropped and when a metal shim is applied in order to bond together two piezo sheets, the piezo sheets turn rugged enough to be dropped without getting damaged like most standard bending elements.

4.What is the process of making electrical contact on the piezoceramicside attached downwards?
Between the piezo part and the metal substrate the most effective technique is to create a conductive bond. One electrical lead is connected to the outward side of the piezoceramic sheet while on electrical lead is connected to the substrate especially when the substrate is plastic or glass. At a position of the downside of the ceramic a wire is needed to be soldered. During the boding of piezo sheet to the substrate, a consistent ‘overhang’, ‘dish’, ‘cutout’ should be used to the wire may have room.

5.The removal of the electrode
The electrode can be removed by a few methods which include, sandblast, laser ablate, chemically etch and sandpap

1.What is the process of eliminating vibration through piezoceramics?
The process of vibration cancellation can be achieved through attaching two piezoceramic sheets to the outer surface of the object. They should be close to the point (in a beam) where undesired bending needs to be controlled.The first sheet is used to measure the strain on the surface. The data from a strain sensor is put into a smart box. This gadget controls the power amplifier which consequently drives second sheet.As a result, the mechanically induced movement from second sheet produces vibrations into the structure, which counter the other vibrations.

Company introduction:
Established in 1999, Beijing Cheng-cheng Weiye Science and Technology Co., Ltd is a professional manufacturer in ultrasonic transducers, ultrasonic equipment and piezoelectric ceramics.
Notably in 2004, we researched and developed our ultrasonic tubular transducer equipment into a new product that turns the extreme inconvenience brought about by pipeline and vacuum cleaning into an easy task. This product has been widely used in distillation, mix and mill for various chemical procedures and has received much praise from our customers.

Shipping:
Normally if your quantity is not too much, we ship out by Fedex express economy. Or as your requested by sea or other express, according to your quantity. 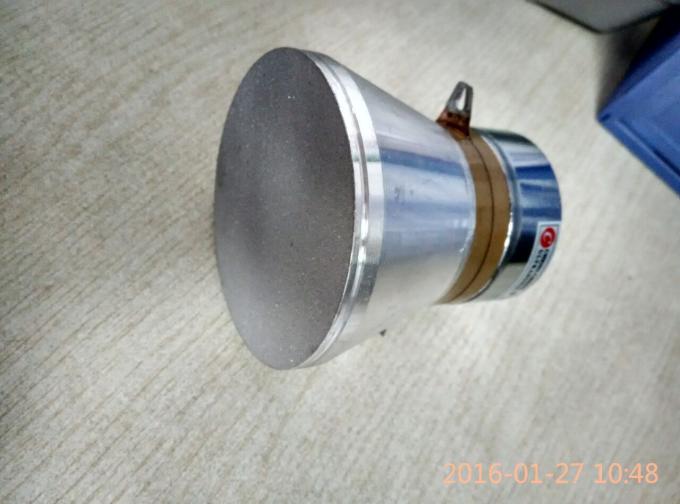